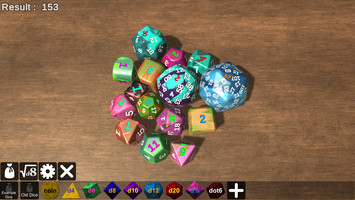 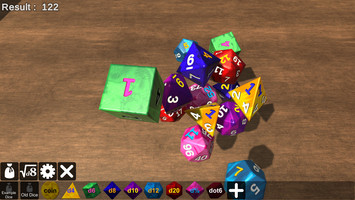 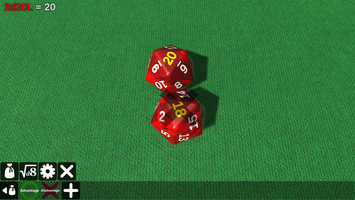 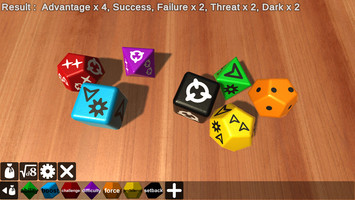 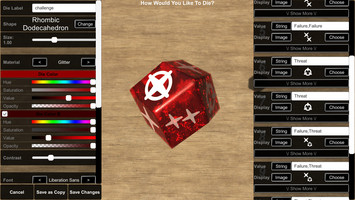 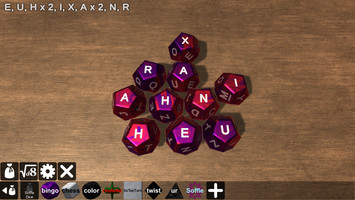 Hey, so who wants a huge update for the ultimate dice roller?

Here's the highlights of this update:

The included example dice now have A LOT more variety, are better looking, and oh right, there are 16 new dice shapes to make new dice with. Also, if you're looking to make dice pretty there are new materials and other options, as well as several new included face images. 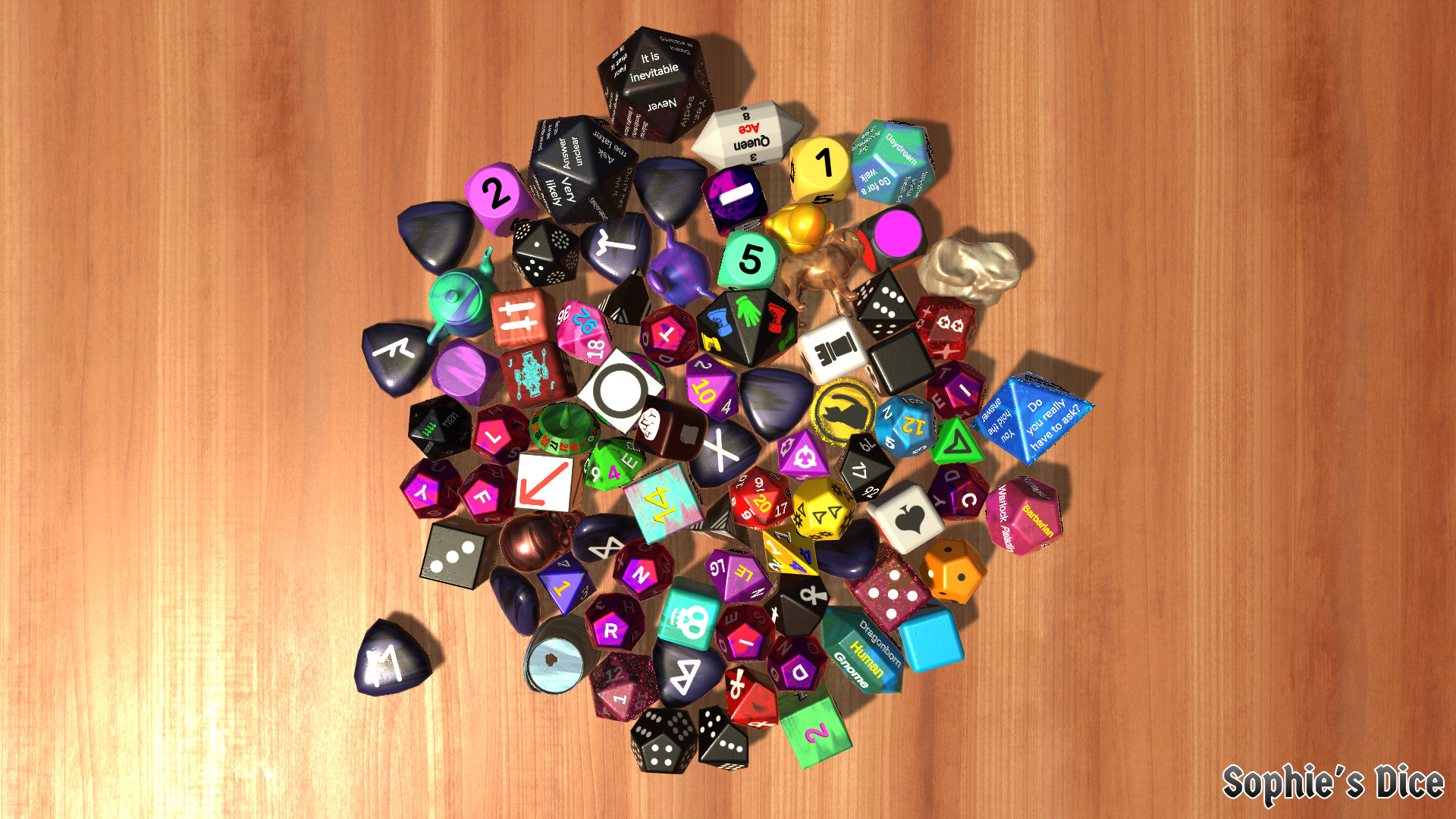 There are many new example dice included

The hotbar has been totally rebuilt, combining dice and saved roll expressions into one place, and adding dice bags. Dice bags are essentially folders you can use to keep your dice organised, so if you have custom dice for different games/characters you can put all the relevant dice into different bags. (Roll expressions will try to find dice in your current dice bag before looking elsewhere for dice to roll)

Dice bags appear first on the hotbar, and can be edited/cloned/moved/deleted just like dice and saved roll expressions.

Hey, ever want to roll a d20 and have it explode into 4d8 but have the value of the '3' faces on those d8s to be 10d6, only the d6's '1' faces should have a value of -5? No problem, you can now roll expressions that conditionally roll whole other roll expressions (that can roll others, etc etc). 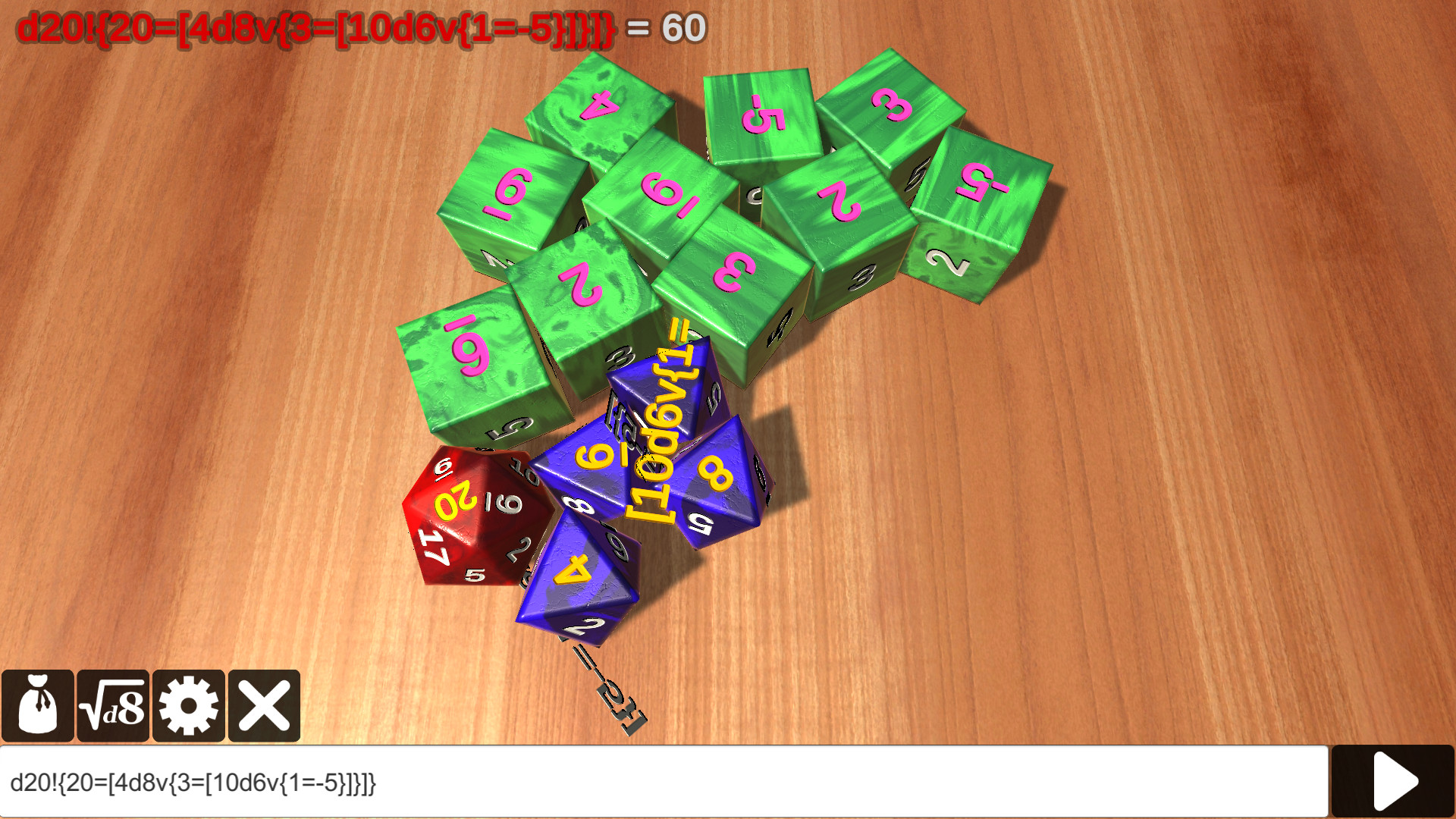 There is now support for rolling expressions with much more complex rules
You can also create dice that will roll specified expressions when certain faces come up. Just type the expression into a string value in between square brackets ("[" and "]").

And as a bonus, you can now use some maths functions in your roll expressions, including useful ones for some games like rounding up (eg: "ceiling(d6/2)") or rounding down (eg: "floor(d6/2)").

For full details on what you can do with roll expressions see the documentation's page on Dice Notation.

Dice can now be less fair:

OK, so this new feature is 100% opt-in, but here's the deal: My dice are VERY fair. Honestly, sometimes they feel too fair. I worked REALLY hard to find and eliminate every source of bias for my dice and the result is that (so long as you're not using novelty shapes) I can guarantee you random numbers that are more fair than pretty much any real dice.

Which if you want a perfectly fair dice app? Great! Buuuuuuut let's be honest - some of the fun of dice is that they can have character. There might be a dice that is usually your best buddy but once in a while is will totaly betray you! When that kind of thing happens at a critical point in a game it makes things much more interesting and dramatic!

The truth is if you roll perfectly fair dice all the time then you can lose out on having experiences like that, on having relationships with and stories about your dice. So here's what I've done - there is now a "Dice Character" option, you can toggle it per die (or for all dice) between "Perfect Fairness" (the default), and "Realistic Bias".which will move the center of mass ever so slightly away from the center of the die, in a direction determined (secretly!) by the die's settings - change the dice settings and the bias will change in unpredictable ways (so don't go thinking you can load your dice this way).

Enabling realistic bias will italicise the results display, so you (and anyone who sees your screen) will know.
This setting will not have a large pronounced effect, and you would need to roll your dice quite a few times to have any idea what the bias actually is (sometimes it's almost nothing at all) so I would still consider these dice rolls "fair", but once enabled you can consider all your dice superstitions as plausible as with real dice. :)

And a bunch of other stuff:

There have also been a bunch of fixes (remember that bug where results wouldn't display on android devices? me neither because it's completely gone!), improvements (loading times should be a bit faster, UI better to use especially on touch screen), and just cool new additions (numerically balanced face layouts! new dice tray materials!).

For the full changelog, check this page from the documentation.

A quick note on macOS Catalina:

Apple have made their operating system a lot more closed and unwelcoming for developers like me with their newest version. Right now, Sophie's Dice is not compatible with Catalina and I'll need to make further changes so that it can be validated and signed in a way that won't break after the first run. I intend to fix this, but frankly it's a bunch of work I could do without. I'll be focussing on finishing this release as-is (which includes getting an iOS version released) and then I'll look into it more. For now, Sophie's Dice should work just as reliably on older versions of macOS as before.