Not as huge as the v1.3 update, but there is a bunch of cool new stuff I'm sure you'll appreciate!

Now you can spawn dice without immediately rolling them by dragging them from the hotbar, and you can remove dice by dropping them onto the hotbar (or the bottom of the window). These might seem like minor things but they make the app much more streamlined and pleasant to use.

You can now deliberately turn dice to show whatever value you want! 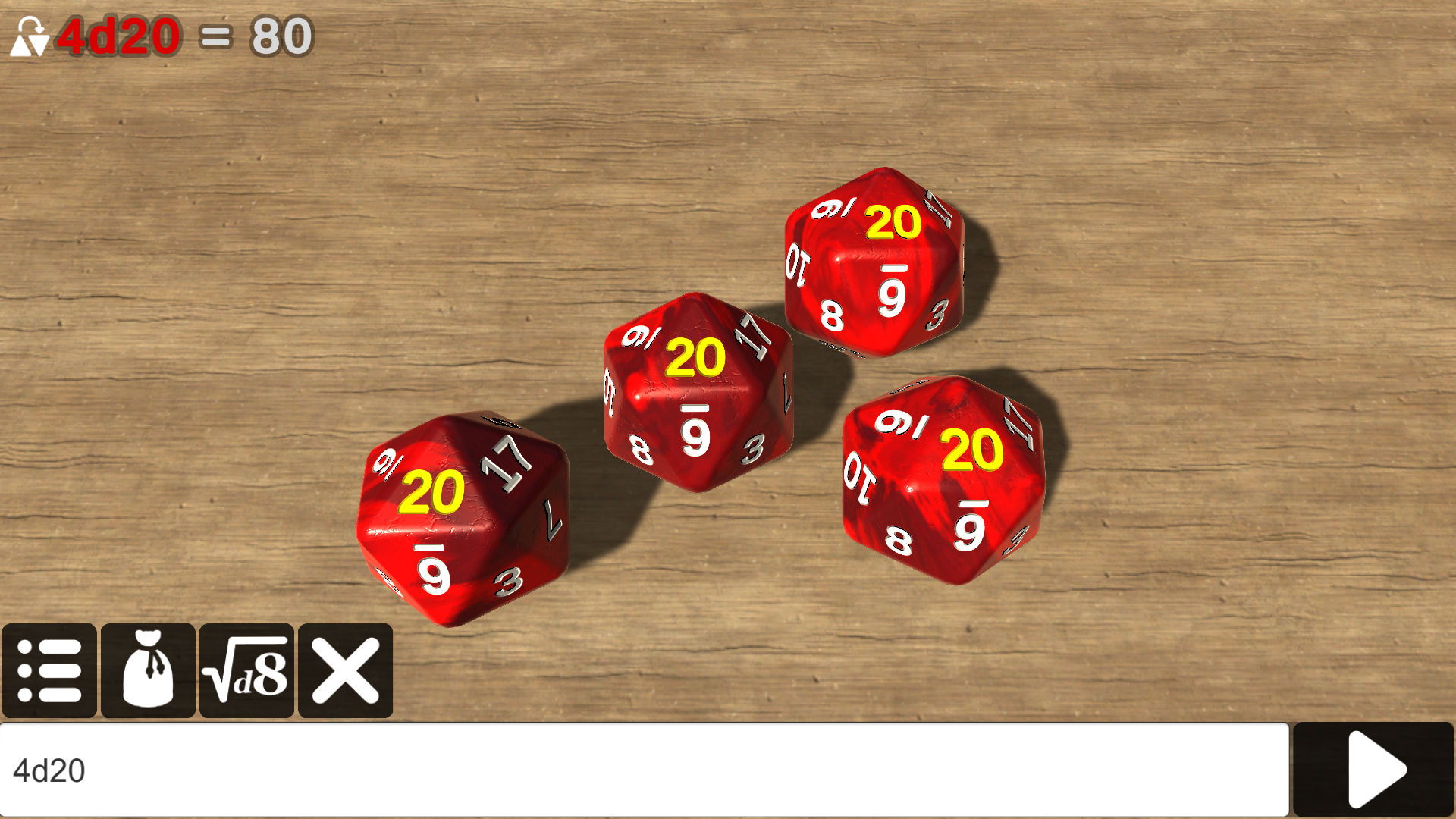 Hey OK wait a second put your pitchforks away, this allows you to use dice as counters - so any dice can become Spindown dice. Dice which have had their value set deliberately are counted seperately by default, and are always marked with the spindown icon. It's always clear if a result has been tampered with. 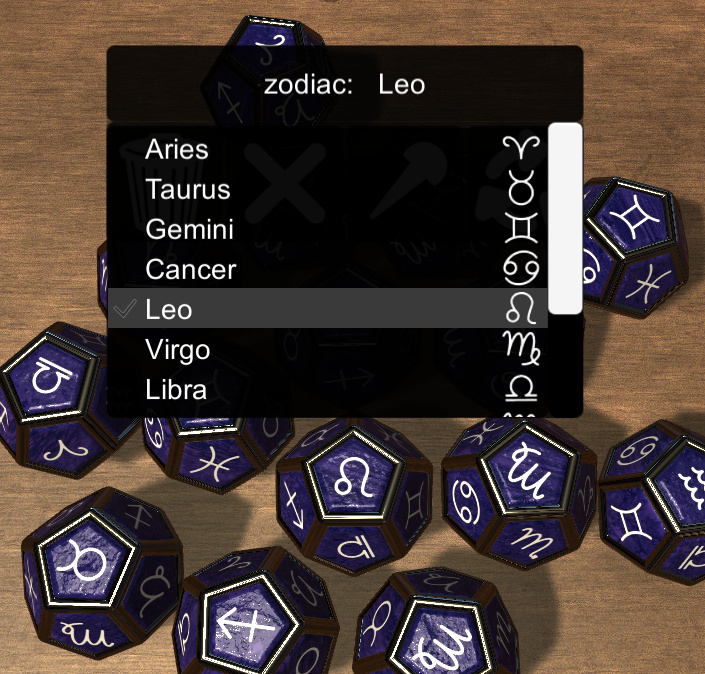 To spindown a die, click it to bring up its control menu, then click the result for a dropdown that shows all the values you can turn it to.

There are 14 new dice shapes included, bringing the grand total to 340 dice shapes for you to customise. The main highlights this time are the Sphericon shapes (which roll in a really funky way), and partially tapered/rounded cubes and tetrahedra (which appear and roll more similar to the way real d4s and d6s are, given imperfect manufacture - they still roll fairly of course!) 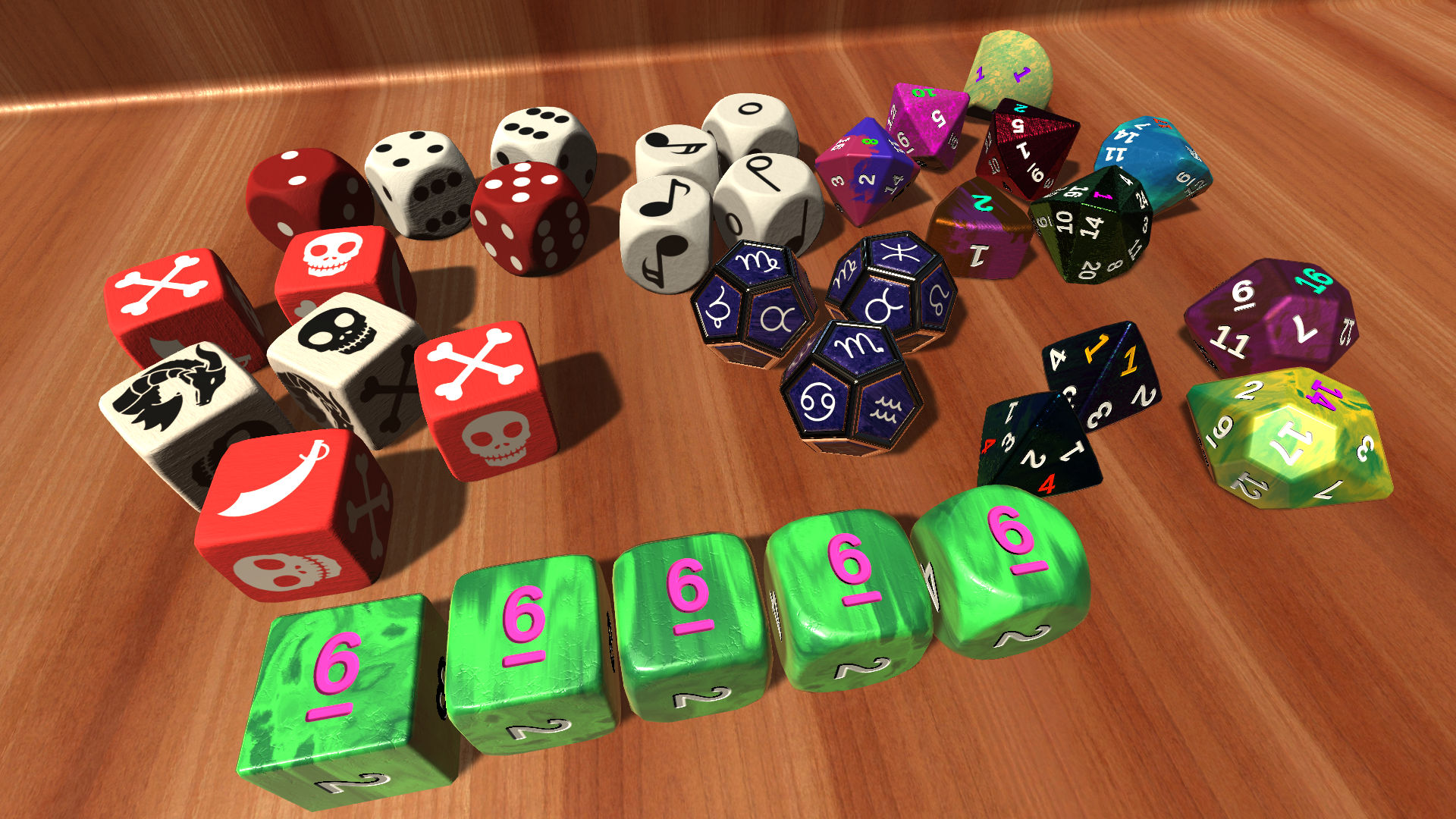 Of the new images, the ones of most interest are probably the zodiac signs, as well as a dragon. Can you believe it has taken me this long to include a drag image for your dice faces? Sorry about that!

There are of course a few new example dice and rolls too, most notable this time being seperated d% dice (both 0-9 and 00-90 d10s), and some dice and rolls to play Fighting Fantasy with (These are a set that I've been playing with for a time myself, but others requested them so now they are included!)

I've actually organised the menus! Roll History, User Values, and Settings are now accessed from the same place, and the settings menu categories each have their own 'page' now, so you're not overwhelmed by all the settings. 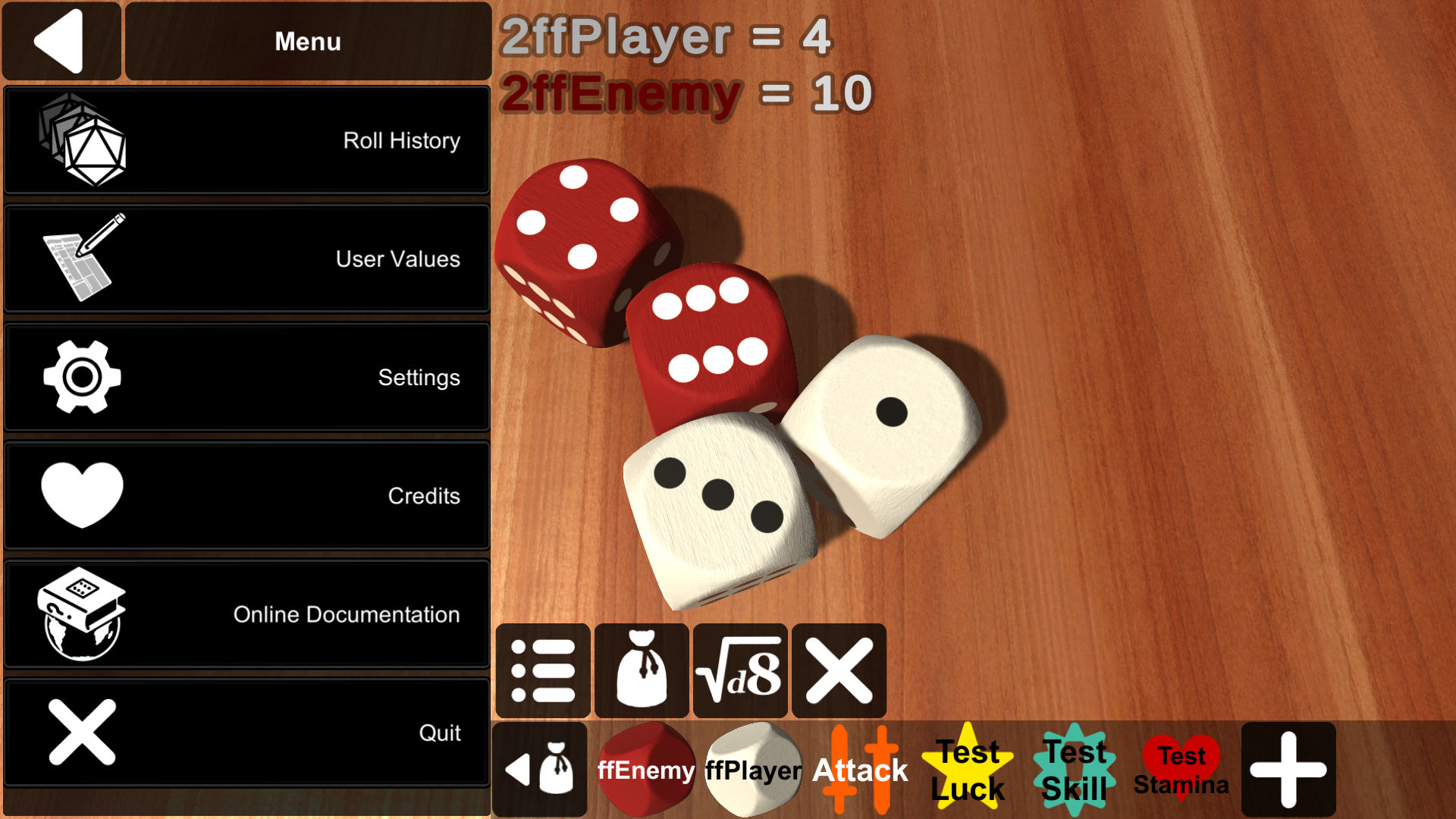 I've also done a little pass to make the editing interfaces a little easier to use, and also added a new color selection UI which has swatches (though you can switch to using sliders whenever you want).

Next, there are a BUNCH of new functions that you can use in your expressions, including multi-parameter functions like clamp(,,), min(,), and max(,). A particularly fun new function is rnd(,) which will give a random real number between two specified values. so an expression like "round(rnd(1,20))" is essentially like rolling a d20, but it won't roll any dice... I'm not sure this counts as a "feature" but it's just an example of how robust the roll expression system has become :) 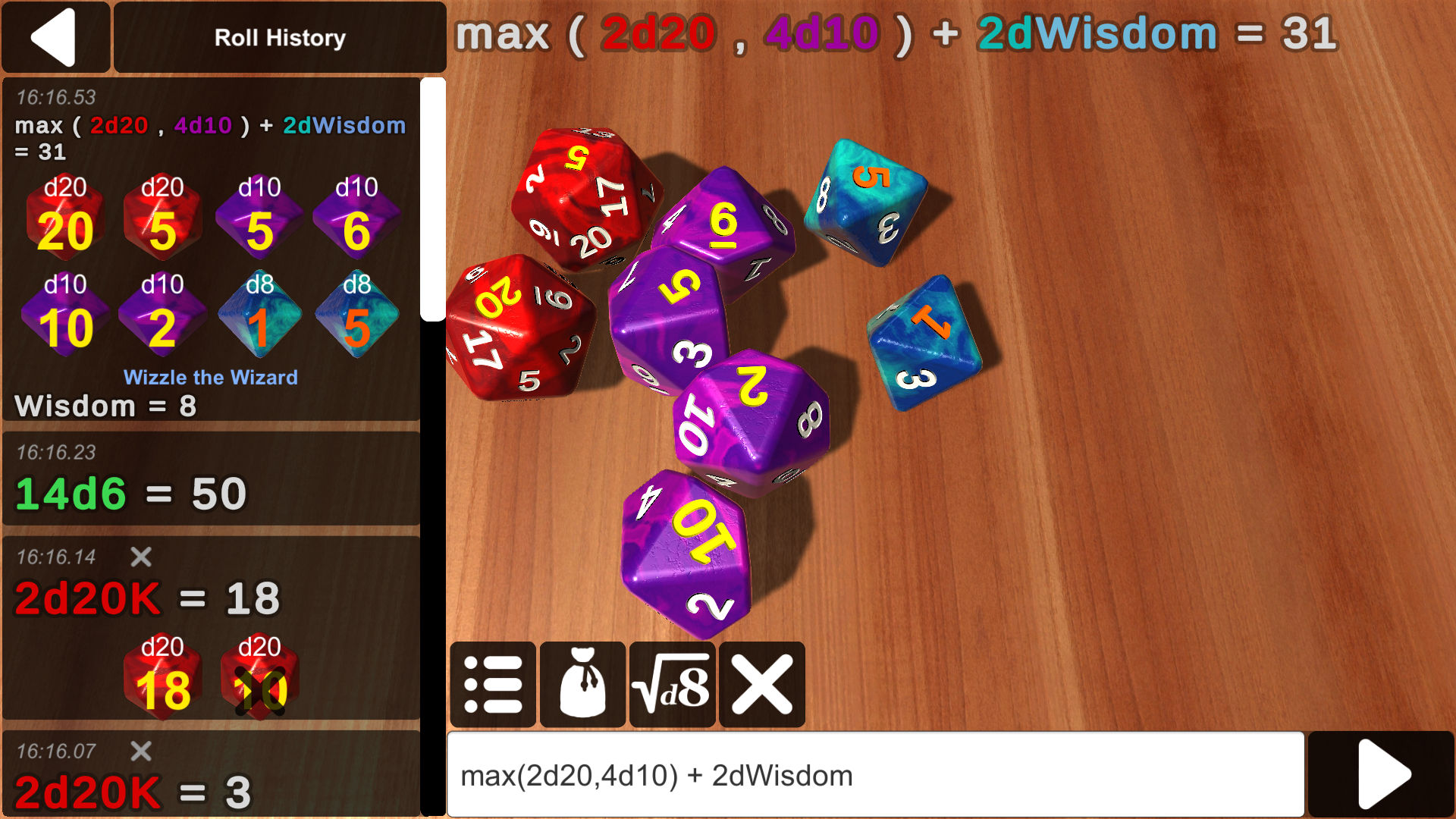 There are also a lot of improvements and fixes. As always, check the changelog for full details of them.

That's all for now, if you're curious about what I'll be working on next - it's going to be online play, so you can roll dice with your friends. That is probably going to take a while, so I hope this update has everything you need in the meantime. Happy rolling!