I've been preparing to add network play for a future update, and though that isn't ready now - the work did enable a few cool new features, and because I am me I've included some new dice shapes too!

So one of the first feature requests was that the app have a way to output probabilities for various rolls, and I ruled it out pretty early on - the app wasn't made for that and it would be a lot of work.
Anyway I've added it because I've been doing a lot of work anyway ;) 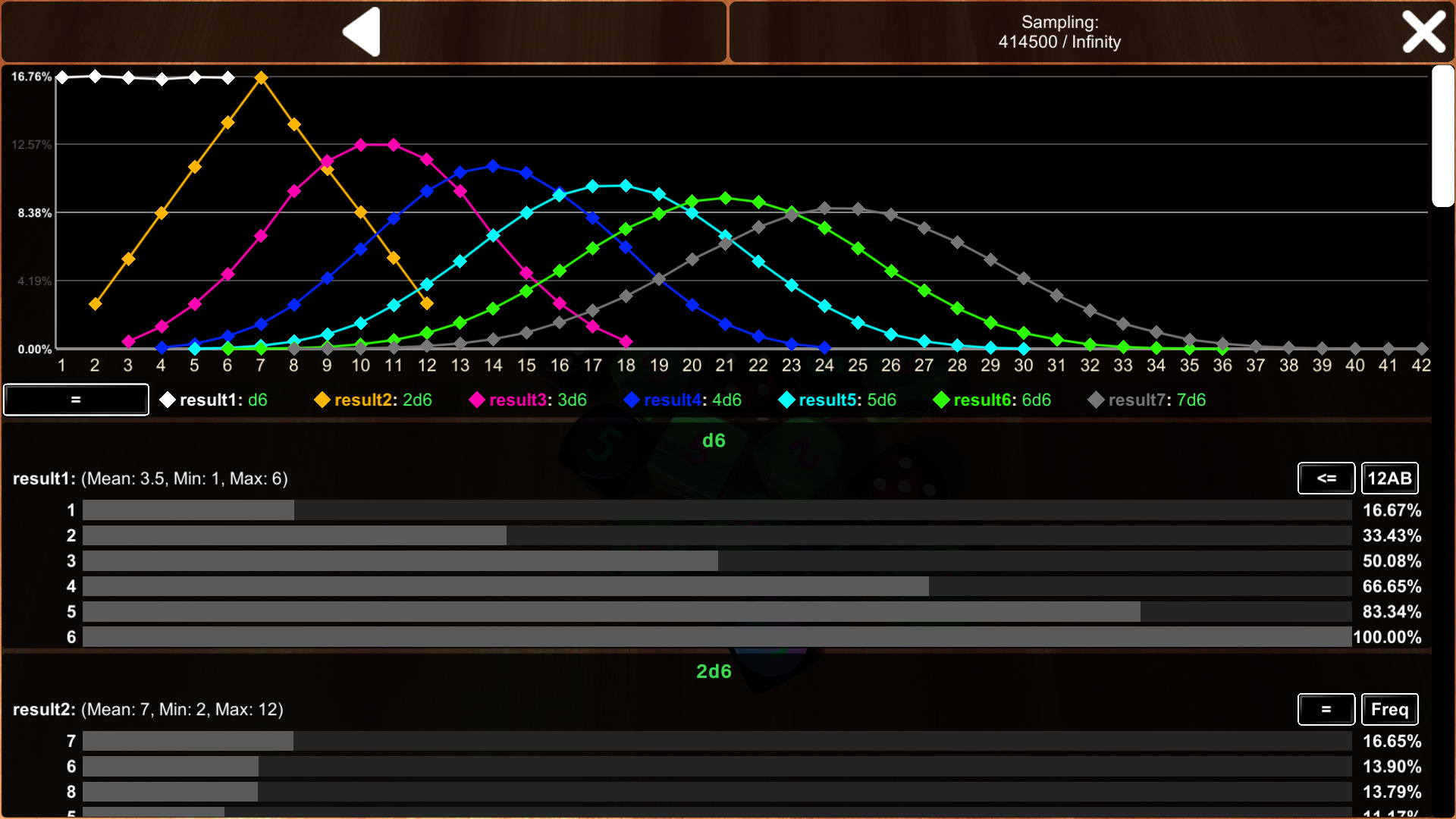 It works by sampling many rolls of whichever expressions you give it and going over those results, so the probabilities won't be exact but will become more accurate the more rolls you allow it to make (Check the Expression Testing settings to increase that, or set it to '0' to let it roll forever).
Not specifically related to the app, but if you want perfectly accurate roll probabilities calculated, I recommend the website anydice.com - no affiliation, I just use it a fair bit myself and like it :) 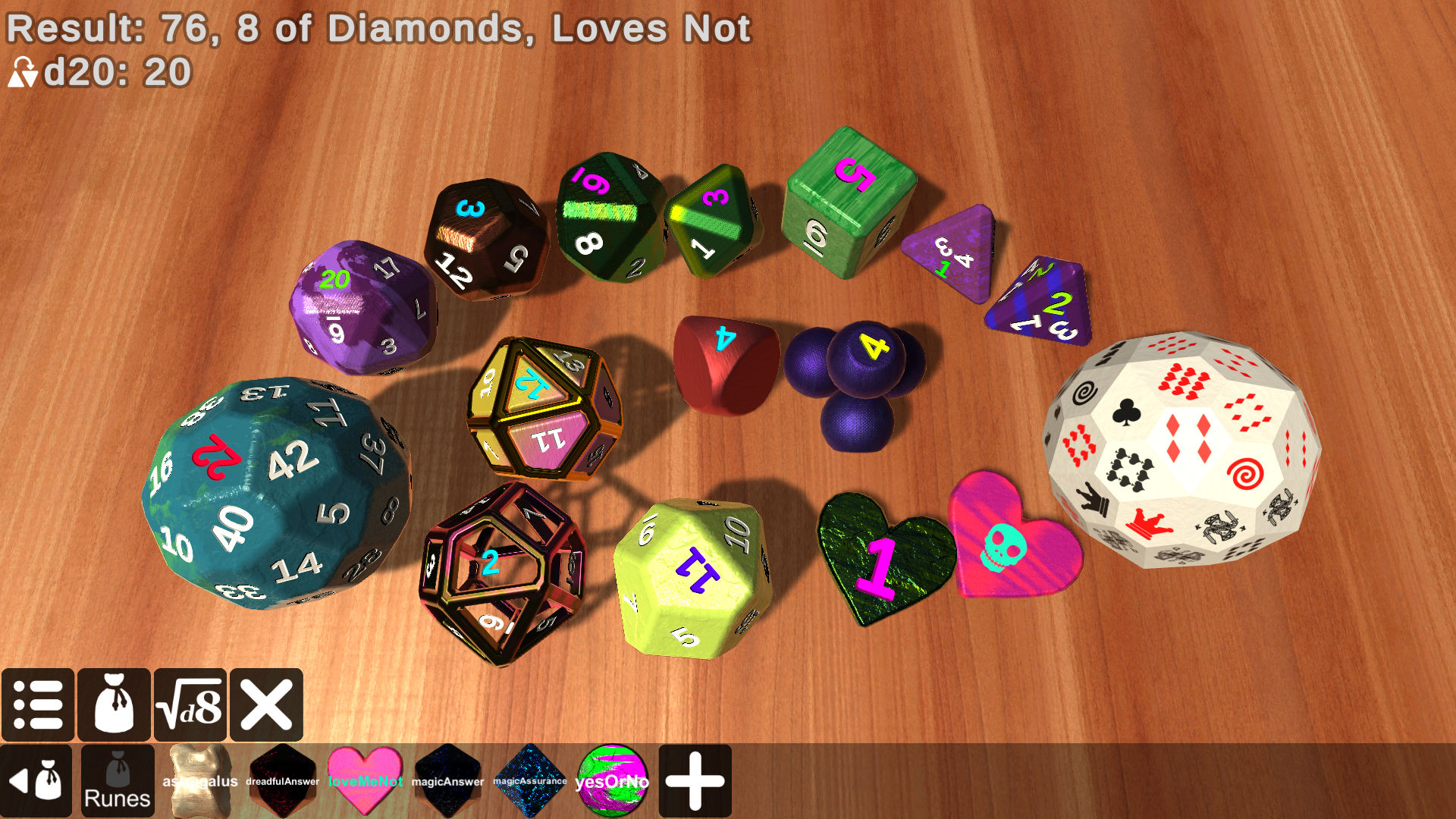 There's also a couple of new example dice, the loveMeNot and deck54. If you want these and they aren't in your examples folder, make a new dice bag and toggle the 'examples' checkbox.

So making sets of dice for every character can be pretty time consuming, right? I tried to speed up the process by making it possible to copy/paste dice styles but this new roll condition should speed things up considerably: You can now roll any die as if it was any other die! 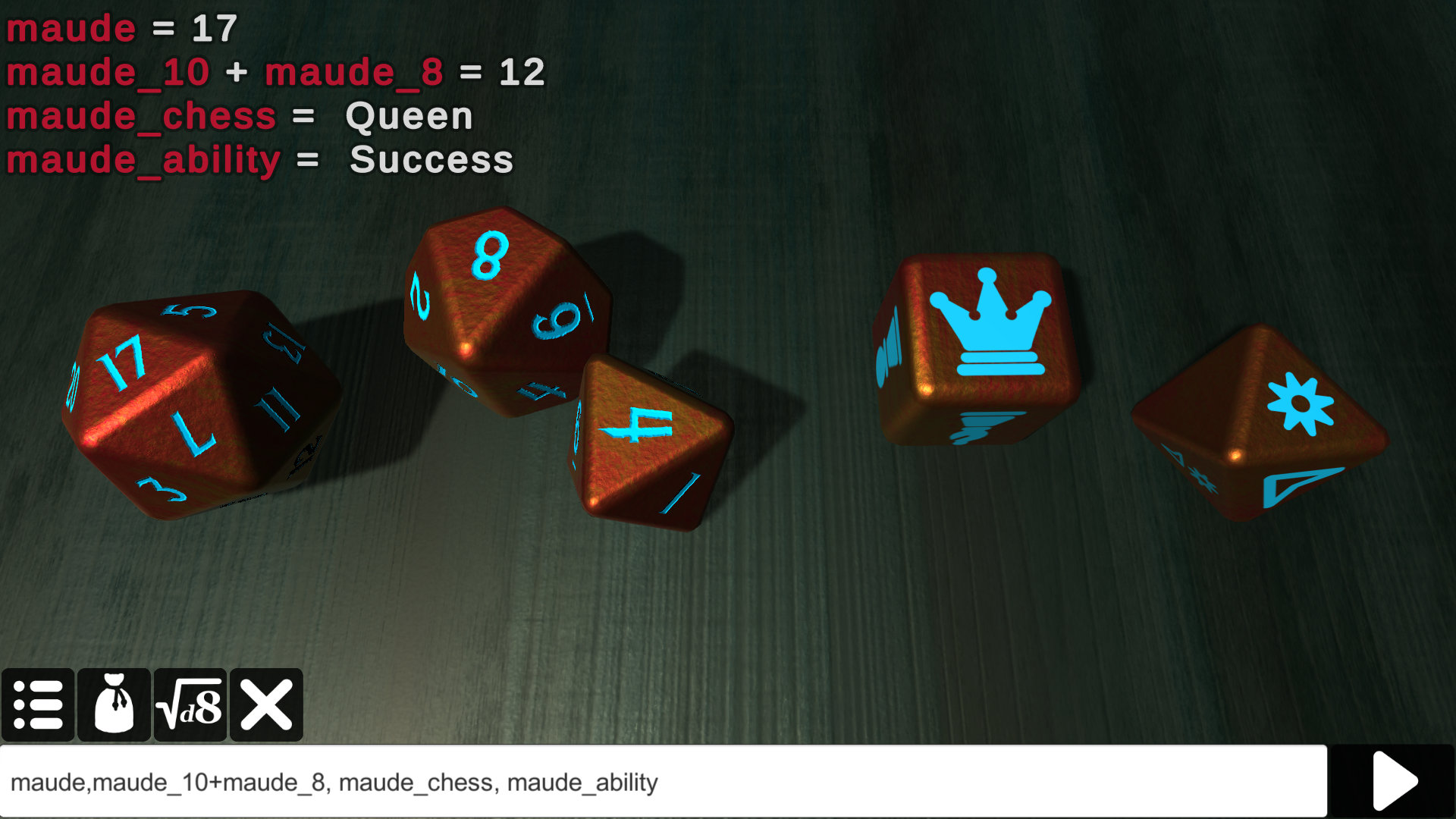 This way you only need to make one die in the style you want, eg "myDie" and then use this roll condition to turn it into any other dice at all. myDie_8 for a d8, myDie_24 for a d24, myDie_ability, myDie_coin... it should all work!

I've added a new function check() that you can use to compare a roll to a DC - if the first parameter beats the second, it will add a "pass" result, otherwise it adds a "fail" result. (There is also a compare() function which works the same, but has different default outputs: "Greater", "Less Than", or "Equal"). 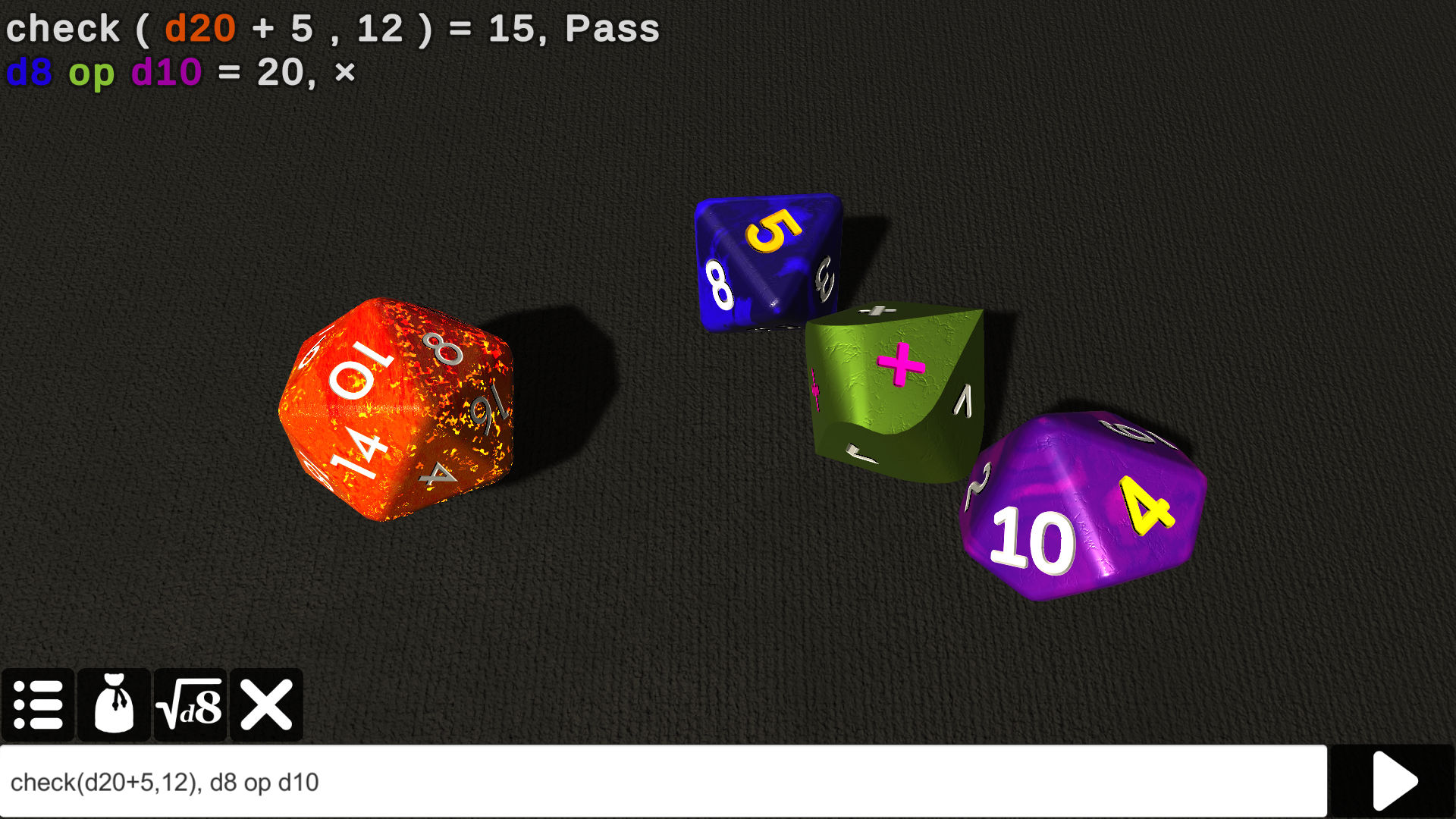 This version also has a lot of fixes and optimisations/improvements, in fact working on the code for this version has been the majority of the work since I want it all ready for me to start adding networking functionality to it. Much of that won't be visible but it definitely resulted in me catching a few things I had missed before.

Anyway, that is it for this update, if you want to see the full list of changes you can check the changelog as ever.

To finish I'd just like to thank you for your support again, working on this app takes a lot out of me but I'm always glad to hear people appreciate it <3